But I Don't Want To Read A Book 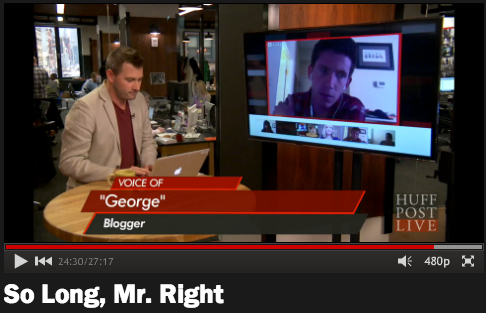 All truth passes through three stages. First, it is ridiculed. Second, it is violently opposed. Third, it is accepted as being self-evident.
— Arthur Schopenhauer

Rollo wrote an excellent criticism of this video at Rational Male. The manosphere is currently in between the first two stages of Schopenhauer's prescient quote. Poking fun at furry hats and false time constraints is gradually being replaced with actual backlash at the ideas of male independence, self-improvement, and biologically deterministic sociosexual tendencies. Roosh's prophecy about the manosphere going mainstream is beginning to come true, and you see both ridicule and aggressive opposition in this video.

The most intriguing part for me was Robert, the "constantly friend-zoned" student. He's not a haggard matron backwards-rationalizing the shitty decisions of a carousel-riding youth. He's not a feminist-entrenched waif living with his domineering girlfriend. By virtue of his age and gender, he has the widest range of potential outcomes of anyone in the video.

Despite this innate potential, Robert has lived for 20 years with nothing to show for being himself. He has everything to gain by making a change, but when approached with that idea this was his response: "I don't want to have to read a book in order to find some girl." Earlier in the program, he said this:

"I've never officially pursued picking up a girl. I go to bars and clubs all the time but I don't look for partners there. I'm usually just winging it, a spur of the moment kind of thing. I'm not actively searching for it."

This is just an astonishing display of doublethink. Robert knows he's had zero success with women, and knows he has the desire to succeed with them, but is adamantly opposed to searching out information that may change his worldview. It sounds strange to say that a fat loser grad student's ego is holding him back, but that is exactly the issue. He fears trying something new and failing, so he would rather "be himself" and fail like he has always done. George at 3rd Millenium Men rightly takes him to task for this defeatist attitude but it falls largely on deaf ears.

The truths hinted at in this video segment may never be accepted as self-evident in this part of the world, but there is no question that they are gaining people's attention. Let other people laugh themselves into irrelevance while you improve yourself and take full advantage of our broken sexual marketplace.
Posted by Unknown at 11:27 PM