Book Review: A Generation of Men 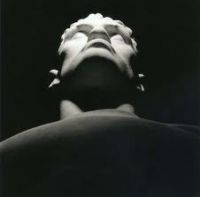 Jonathan Frost is one of the manosphere's foremost player-philosophers. His Freedom 25 Lifestyle Guide and Thumotic blog have consistently thought-provoking writing that amalgamates lifestyle design, philosophy, self-improvement, and game. His writing was part of my inspiration to start this blog.

Frost recently released his debut full-length novel, entitled "A Generation of Men." The book chronicles the lives of three boys, who Red Pill-aware readers will immediately recognize as the stereotypes of Alpha, Beta, and Omega males. I'll start by saying that I thoroughly enjoyed the book -- it's not often that one reads raw and entertaining modern fiction, and the occasional hat-tips to the Red Pill community helped punctuate the story of college guys trying to get laid and thrive in a society that attempts to control them.

Over the course of the novel, I often found myself wondering how the characters had become the way they were. How did Jason, the alpha player, get so good with women? He is described as handsome/athletic/confident, but we all know people with these characteristics who never approach or have much success with women. Likewise, the omega character Nick undergoes an amazing amount of self-motivated transformation throughout the novel, only to self-destruct spectacularly after experiencing a single hiccup to his plan. Frost could have added additional material to aid in developing these characters, and I don't think anyone would have begrudged the author additional pages in the novel.

There was also something too-good-to-be-true about the "read a few books on game --> get tons of girls" progression showcased in the book. At least in my college experience, there was much more to getting truckloads of ass than just acting like kind of an aloof jerk. Ian in particular goes from beta dinner ATM to uncaring poonslayer in the span of just a few pages, which dramatically undersells the work and dedication required to make such a real-life transformation. I would hate for someone to read this as an introduction to game principles, fail in the early going of implementing them, and give up because things didn't unfold like in the novel. Frost knows this better than anyone, and I was disappointed that he omitted the potentially interesting details of Ian's metamorphosis.

Matt Forney's review touched on the wackiness of the book's ending, and I agree with him so I shall not repeat it here. However, I really enjoyed the final pages of the denouement, the cautionary tale about the divergent paths of those who peak in college compared to those who peak later in life. This might be the strongest few pages of the novel, where Frost previews his vision of our future technocratic dystopia and the necessity for men to improve themselves and achieve in preparation for its arrival. I hope he expands on this concept in his next novel.

Since I've never written a book, I have a lot of respect for the thousands of hours Frost put into honing this creation. Despite the quibbles with the accuracy of message and some of the character development, the novel was certainly entertaining and would have unquestionably helped me a lot in my blue pill days. I am looking forward to watching Frost progress as a novelist, but in the meantime I would certainly recommend that you pick up a copy of this fun and quick read.

Click here to buy A Generation of Men.
Posted by Unknown at 11:30 PM